Lanre lives in a parallel universe and this is a typical work-day in his life.

0800 am: Lanre gets in to work super early today… He is behind on a number of his deliverables so he needs to get a head start.  As he gets down to his tasks, he wonders if he should do a quick check of his email.  He decides a quick scan of his emails will not hurt. He opens his emails and once he sees the subject of the first email, he knows he has to drop all he is doing immediately…

Subject:  Internet Banking is down!!!

1000 am: Lanre breathes a sigh of relief. The internet banking issue has been resolved.  He goes through his phone and sees a number of missed calls from the project manager of the Alpha project. He makes a mental note to call him back.    He checks the time and smiles. He can still meet his deliverables for today.

1015 am: The phone on his desk rings. He checks the caller ID and it’s from the front-reception. He picks the phone. Vendor C has been waiting downstairs for about 45 minutes. Vendor C has come in today to resolve some integration issues with one of Lanre’s systems.

1130 am: Lanre finally leaves the conference room where Vendor C has been housed for the day. He has been able to resolve some of the integration issues. He makes a quick detour to get some food.  He sees Gbenga at the canteen and they engage in a lighthearted debate on the champions league game to be played later that evening.

1200 pm: Lanre is back at his desk. He sees some missed calls from his manager. He calls her back and she immediately gives him an earful. She just came out of a management meeting where the project manager for the Alpha project blamed Lanre for the 4-week delay.  This of course was not true. Everyone knows the Alpha project has far more complex issues than the undelivered modules Lanre is working on. She is still telling him off…if only she would pause for a second so he could explain.  However, he apologizes and promises to deliver on the modules by the end of the week.  He makes a mental note to rain curses on that useless project manager when next he attends church.

1700 pm:  The Foxtrot API issue has been resolved.  Lanre tries to get back to his project Alpha tasks when the representative from Vendor C pops by again.  Oh No!!! Lanre totally forgot to get back to Vendor C.  He picks up his laptop and heads to join Vendor C in the conference room. As he walks to the conference room, he checks the time and is genuinely surprised that the day is almost over…. So much for his plans to watch the champions league (football) game later.

Unplanned work is the greatest thief of productivity during the workday

What a crazy day in the parallel universe!!

The thing is that these events did not take place in a parallel universe.  These events actually took place in our universe.  Lanre is a real person (not his real name) and Vendor C was none other than ourselves (Cousant).

This was a project we worked on 6 years ago and the events are still very clearly etched in my memory.  I could not fathom how work got done in such an environment rife with interruptions. Our integration should have taken 2 days to complete but it took almost 2 weeks because most days on the client sites were similar to one described.

Interestingly, such is still happening in a tech team around you right now

By its nature, unplanned work is difficult to track and as such, managers are not aware of how much productivity is being lost.

Research conducted by rescue time showed that software developers spend just 41% of their time doing actual software development. The question then is, what are software teams doing the rest of the time?

One thing is clear – There are untapped reserves of productivity lurking within teams, if only managers can find ways to guard their teams from the thief of unplanned work.

In the book The Phoenix Project, the authors (Gene Kim, Kevin Behr and George Spafford), provide some key steps in identifying and minimising the impact of unplanned work

“All Work Must Be Visible”.

I can never reiterate this point enough to my team. This means all tasks must be explicitly captured on our team’s shared task board.   At Cousant, we use a project management tool called Trello to track all our tasks.  By making all work visible, team members are aligned on what work is in progress and what work is scheduled next.  No team member should ever be in doubt on what tasks they should be working on at any point in time.

When all work is made visible, it also becomes easier to identify unplanned work. Unplanned work simply becomes any work that is not clearly captured on our shared task list.   Identifying unplanned work is just the first step.  The next step is deciding what to do with unplanned work when it comes.

Team members should be actively discouraged from taking on any unplanned work without the knowledge of the project manager.  Managers may need to apply penalties whenever team members don’t meet deadlines due to interruptions from unplanned work. 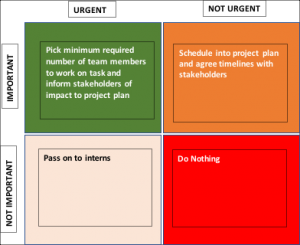 There is, unfortunately, no way around this as functioning teams are expected to rally around colleagues in distress. Nevertheless, managers can encourage the practice of Swarm and Fix to speed up issue resolution.

Swarm and Fix is a practice where as many people as possible gather around a colleague’s desk to help fix technical issues.  Although this may seem disruptive, Swarm and Fix get more eyes on an issue thereby increasing the chance of finding a resolution quickly. This practice also encourages shared learning across the team and makes it easier for individuals to independently fix similar issues in the future. 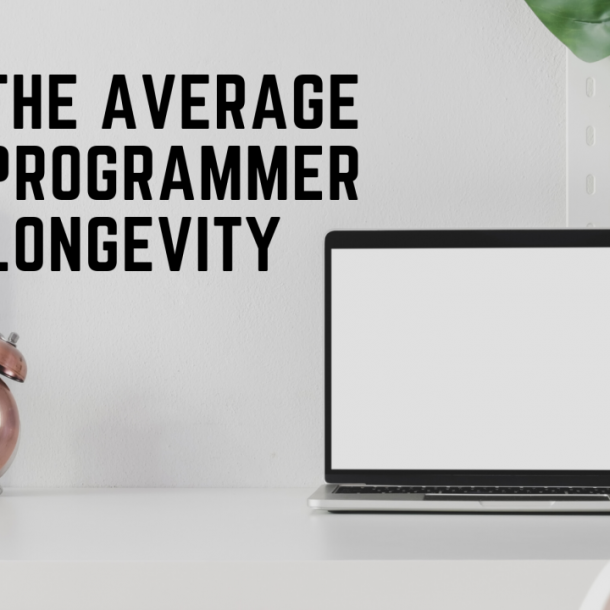 Why you should be tracking the Average Programmer Longevity
Previous Article 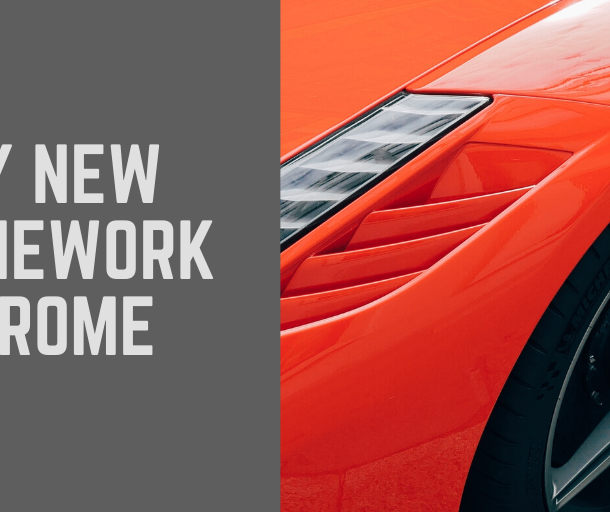